This article is continued from the previous article titled Texas History You Need To Know, Part 2

We are picking up where we left off by visiting the community called Comyn (pronounced “COMEEN.”) 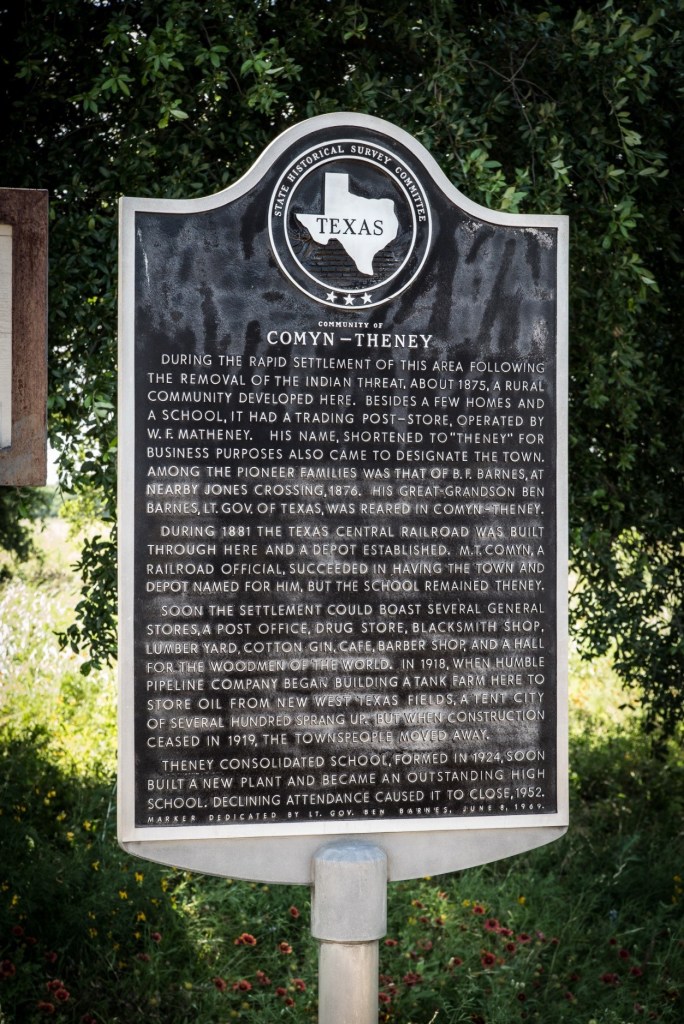 Although little remains of the town that was Comyn, it was one of the first outlying communities to be established in the county after the removal of the Comanche in 1875. Here W.F. Catheney set out to make a thriving home for his family and friends, before having the town named for the man who built the railway depot. The school still bore Theney’s name. This community was neighbored by that of Jones Crossing, the birthplace of Lt. Governor Ben Barnes. Like many of the surrounding towns the area grew precipitously during the turn of the century oil boom, afterwards sharing much of the same declining fate. 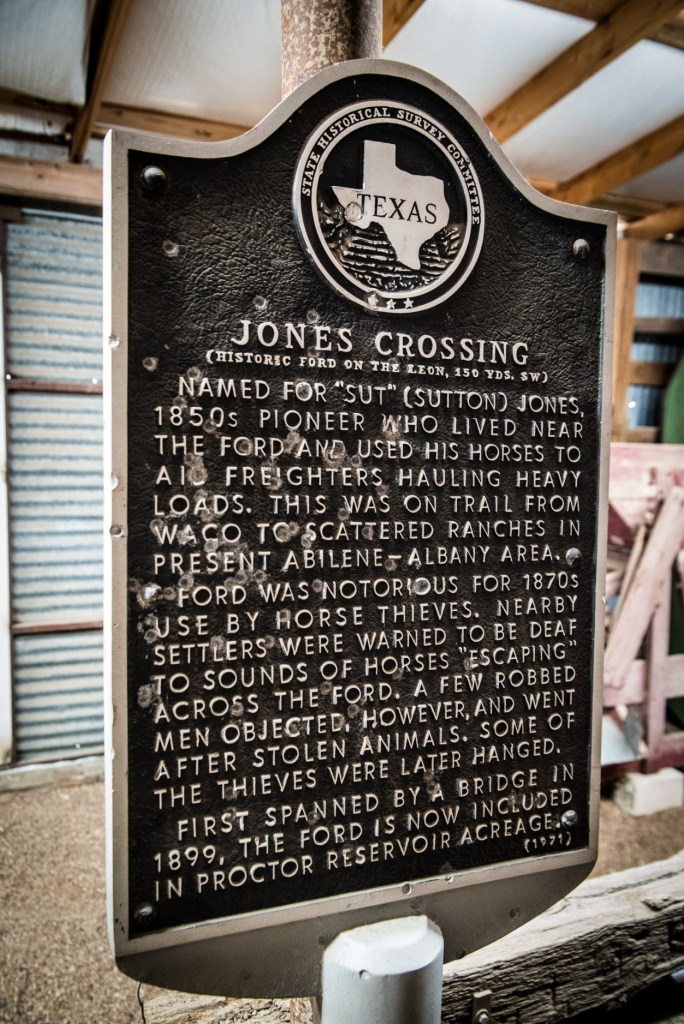 Although the historical marker is now housed in the county museum you can still visit Jones Crossing, a place still frequented for its fishing and scenery. This river no longer needs to be forded, as a bridge was constructed in 1899. On sunny afternoons you’ll find eager anglers hanging their fishing poles from its sides. 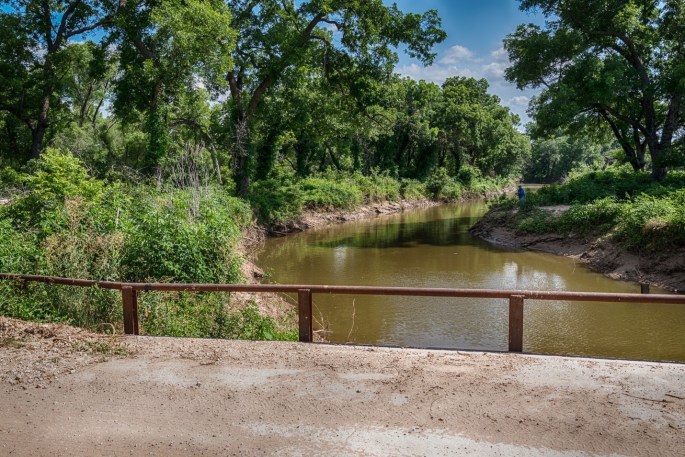 If you continue southward, you’ll find yourself crossing the bridge at Proctor Lake (which you can also find an article about on this site), named for the nearby town of Proctor. 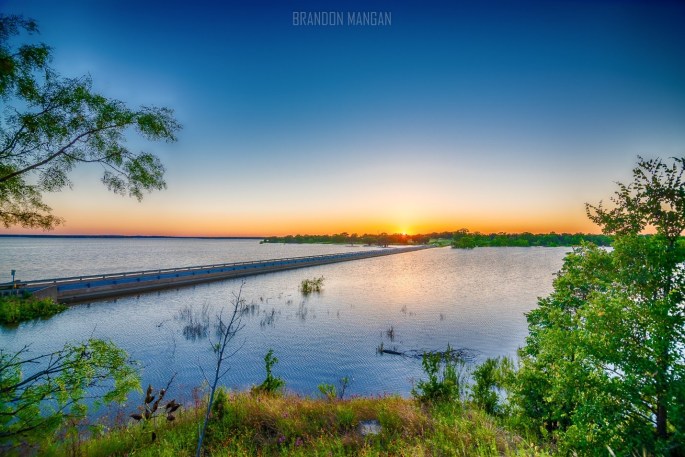 The community of Proctor began as Mooresville, named for Thomas O. Moore who moved there in 1872, with his family behind back in Galveston. After returning to Galveston to fetch his family he found them ill and partnered with his friend Alexander Watson Proctor, sending him ahead to establish a mercantile building. As there was already a Mooresville in Texas, the town was eventually named Proctor. A building was erected for a post office in 1873, followed by a community center and school in 1876. The little town was moved in the 1890’s when the new Fort Worth Railroad missed the town by a mile, with Alex Chisholm buying the site for ranchland. 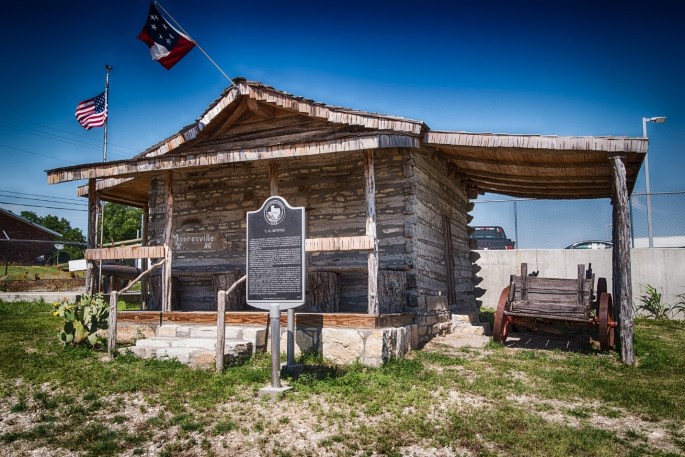 Today a relic from the original Mooresville can be explored at the Comanche County Museum. You’ll also find a historical marker detailing the life of Thomas Moore’s sister Mollie, a renowned poet, playwright and from all account’s a highly interesting woman. She also wrote what may be the most impartial history of John Wesley Hardin’s time in Comanche county. 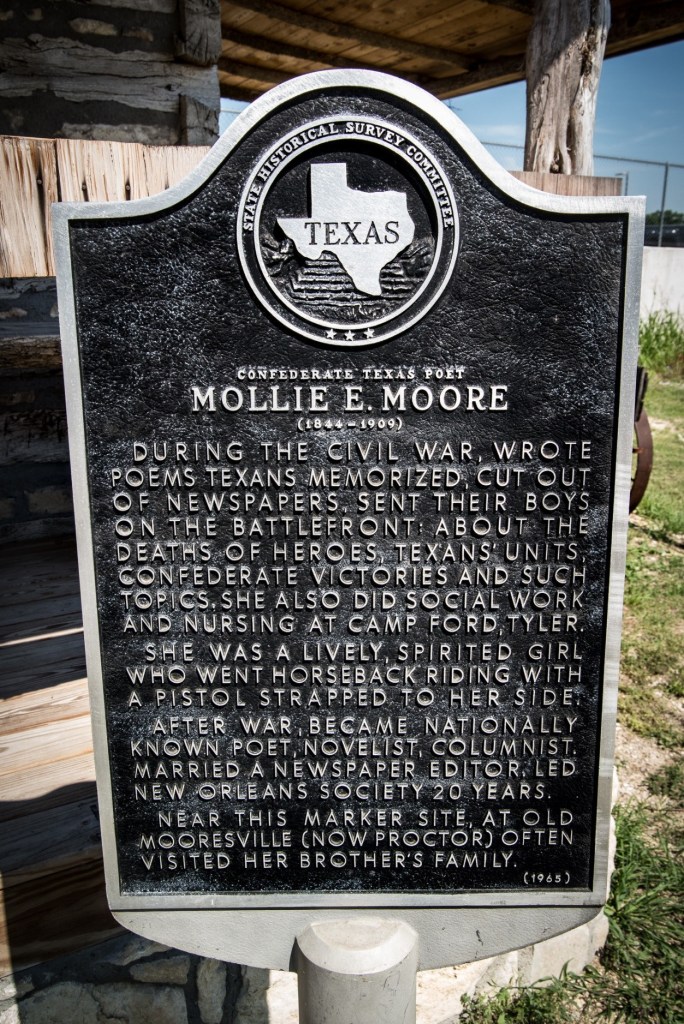 So, this tour ends where it began. Although this list is far from exhaustive, I hope that it presents a few of the many reasons you may find yourself wanting to spend some time visiting De Leon, Texas. There’s much to experience and much to learn, as well as ample opportunity to make a bit of history for yourself. Tell them I sent you!